As an avid Manchester United fan, I look at Cristiano Ronaldo – who has scored over 800 goals in his professional career, acquiring 5 Balon D’Ors along the way, and who is still playing at the very top of English football aged 36 – and think he must have been born with an incredible, natural, sporting talent.

The same for other great sportsmen and women; world-class musicians; academics; ground-breaking scientists; and those with incredible business prowess. Surely, there is something intrinsically and inherently different that makes them a step above everybody else?

On a recent flight, I read Matthew Syed’s book Bounce. Syed takes a different view that the concept of natural talent is overrated. He believes it is an illusion that expertise is reserved for special people with special talents and that ordinary people have an amazing capacity to achieve incredible things with one simple thing, practise.

Syed uses the example of Florida State University who studied students of the renowned music academy of West Berlin.  A class of music students were divided into three. The first group contained the outstanding students, the super-talented kids that were supposedly lucky enough to have been born with special “musical genes”. The second group were still extremely good – able to perform in some of the world’s great orchestras – but were not accomplished, top performers. The final group were the least able students, those studying to be music teachers.

The students were interviewed, and it was discovered that the biographical history of the students was remarkably similar. The age they started playing; the age they decided they wanted to become musicians; the number of teachers they had had, and the average number of instruments; were all comparable. The one dramatic difference between the groups, however, was the number of hours devoted to serious practice.

The best musicians had practised an average of ten thousand hours, over two thousand more than the good musicians and more than six thousand hours more than the third group. The top performers had devoted thousands more hours to practice, and this was the only discernible factor that distinguished the best from the rest. Examples of practice being the defining factor of inability are found across a range of subjects in academia and science too.

Bounce also explores how standards across many disciplines have risen dramatically in a host of human endeavours. As an example – again in sports – the winner of the Olympics men’s 100 metres race in 1900 clocked 11 seconds. Today, that time wouldn’t even qualify for a school championship! These improvements haven’t occurred because people are becoming more talented, they have occurred because people are practising harder and smarter.

People have a habit of saying – and I am guilty of this too – “I’m not a natural numbers person”, or “I’m just not creative” – but what is the proof? Their evidence is not having become a chess champion or professional figure-skater after a couple of weeks of half-hearted effort. The science, however, says what is actually required is simply copious amounts more practice.

When Cristiano Ronaldo first signed with Manchester United in 2008, he was undoubtedly incredibly skilful, but was skinny and lacked strength. He was frequently bullied and pushed off the ball by his opponents.

Over the next couple of years, his transformation was staggering. He became much stronger, he was quicker, sharper and his heading became the best in the business. Ask any of his teammates how he did it, and they will tell you it was down to relentless work ethic and constant training.

I have personally always struggled with numbers. Looking back to secondary school, the one lesson where I messed around the most and didn’t pay attention, was, you guessed it, maths. The reason I struggle is most likely because I simply wasn’t interested and therefore didn’t put in enough (any) effort.

At the Holiday Franchise Company, we have a bespoke training program where we offer dedicated one-to-one and additional support, to those who feel they aren’t natural at certain things. What I have noticed is that with focus and applying oneself, something that initially appears impossible can eventually become second nature. Take the below quote from Andrea at Holiday Warriors who initially struggled with Google Ads.

Practice and determination can mean you not only master them but actually enjoy them. When I started at The Holiday Franchise Company, I was experienced in sales and marketing, but, like Andrea, Google Ads was something I’d never done before. At first, I found it really tough. After spending hours watching videos, reading guides, and playing around with it in my spare time, however, not only was I able to train others on it, but I reached the stage where I felt I know it inside out.

It is incredibly rewarding to watch franchisees – who may not be natural in certain areas – apply themselves, learn new skills, and even develop a new passion along the way.

Another take-home from Syed’s book is the so-called ‘iceberg illusion’. Once a franchisee has built their business, those seeing the finished product – the ice above the waterline – may think it looks easy. The submerged evidence, however, is countless hours of patience, learning practice and hard work that has gone unseen – the hidden logic of success.

Once a business is launched it doesn’t stop there. Some of our very top franchisees are never content, always looking at how they can learn and improve. In the same way, I am willing to bet that after 500, 600, or even 700 goals, Ronaldo never thought he was good enough to no longer need to practice or have any more coaching. He has continued to learn, train, adapt and improve throughout his career.

Of course, even Ronaldo needs the support of a great team. To support our franchisees, The Holiday Franchise Company’s training platform means there are thousands of lessons available and our call coaching sessions are always there for franchisees to keep learning.

Please get in touch below if you would like to find out more about working with the Holiday Franchise Company and launching your own fully bonded travel agency. Talent is optional, a good work ethic is mandatory. 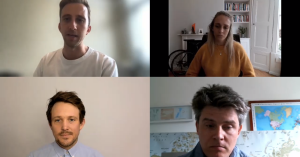 Everymind Discuss Who They Are And Their Partnership With Us

One of the most important partnerships that we’ve set up is with a company called Everymind, they are a mental health awareness organization. 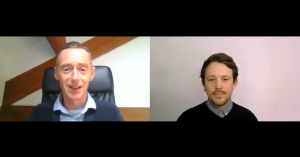 In this blog, Luke Western our Head of Sales and Marketing interviews Richard Dixon one of the directors of Holidaysplease. 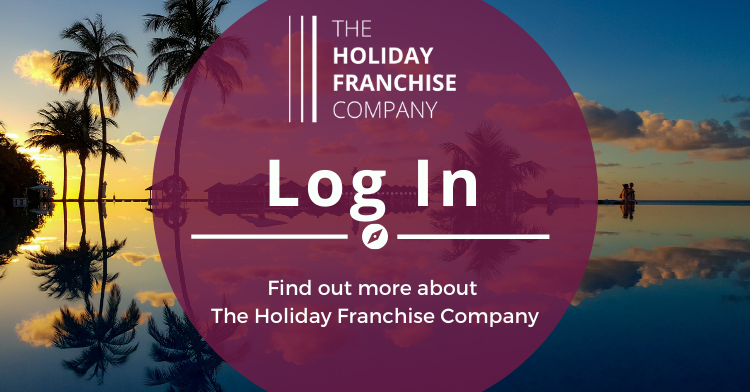